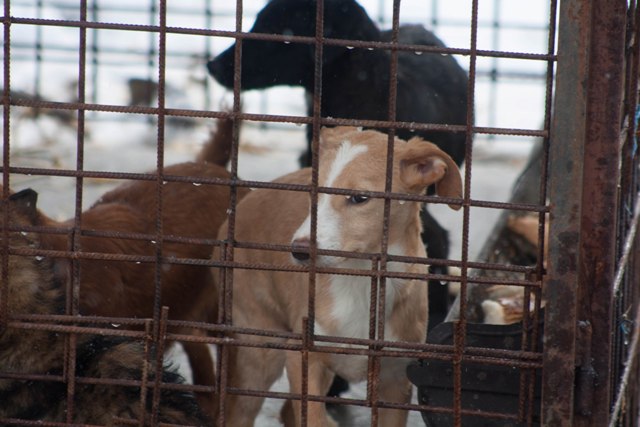 Residents of Canton Sarajevo will from today have the ability to self-report dog attacks directed at people via emergency telephone lines and internet forms. Canton Sarajevo Administration for Inspection Affairs has put forth this measure in accordance with the Canton Sarajevo (CS) decision to resolve the pressing problem in the CS region.

At today’s press conference, the v.d. Premier of Canton Sarajevo Muhamed Kozadra and the Minister of Physical Planning and Environment of Canton Sarajevo, Zlatko Petrovic, emphasized that this problem cannot be resolved immediately, but first emergency measure will be undertaken at the beginning of next week to resolve the problem of dangerous dogs on the streets of CS.

“That doesn’t mean automatic euthanasia, but that there will be a procedure within the framework of the law. Decisions about the further treatment of dogs will be made by the Veterinary Inspection of Canton Sarajevo and an expert team, who will examine dogs to determine if they are dangerous and if they should be recommended for resocialization or euthanasia. If the recommendation to euthanize a dog is made, the Veterinary Inspector will issue an order and following euthanasia, the corpse will be taken over by the public utility service for disposal,” said Minister Petrovic.

Following a report of a dog attack, the Veterinary Inspector for CS will issue an order to the public utility service P.E. Rad or the Hygiene Service to catch the dog in collaboration with P.E. Lokom d.o.o. In addition to the Veterinary Inspector and hygiene service employees, members of the CS law enforcement (MUP) will be present during capture of the aggressive dog. Following the capture, aggressive dogs will be subject to veterinary workup or euthanasia at designated veterinary facilities.

The disposal of dog corpses will be conducted by P.E. Rad employees at sanitary depot in Smiljevici under supervision of the CS Veterinary Inspector. “These emergency measures will eliminate dangerous street dogs in the first phase, which won’t solve the problem but will lead to further systematic measures. The statistic that this year there were 600 dog bites reported must worry any government, especially the government of Canton Sarajevo,” said Petrovic, who then apologized for terminological mistakes that previously occurred and furthermore clarified that there are no rabid dogs in CS region, but only aggressive dogs that are biting and attacking other dogs, and that they are the target of this action.

Emergency telephone service is available to CS residents at 033 770 156 and will be in function between 8am to 4pm, as well mobile phone numbers 061 145 508 and 061 160 926, from 8am to 10pm. Calls will be answered by expert staff who will collect information about the attack, location, description of the dog and similar.

Forms will also be available on the webpage of Canton Sarajevo Administration for Inspection Affairs under the category “Forms.” Completed forms can be sent via mail or email at kuip@kuip.ks.gov.ba.

CS Government has allocated 88,000KM for the cost of nine employees designated to this service, and the estimated annual cost for this service is 680,000KM.

If you would like to help Journalists for Animals in their work in documenting what is happening for animals in Bosnia Herzegovina, or to assist in any particular rescue effort or case, please go to PAYPAL and make a donation to: