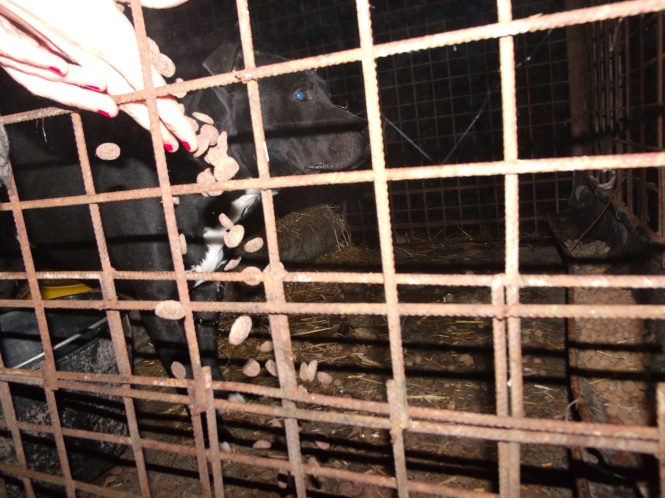 Close to a major town of Doboj, Bosnia and Herzegovina, a dog „shelter“ is located in the area called Presilica. If you have any knowledge of what shelters look like in civilized countries, then it is hard to call this place a shelter.  That is due to the reality that Bosnia is a country in which its most developed economic branches are crime, money laundering, and immensly corruption institutions, while the rest is neglected and misused. 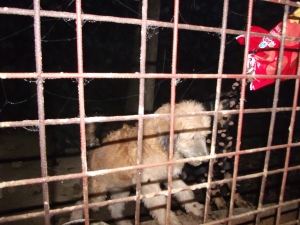 If things were not as they are – if designated inspection institutions did their job – the management of this „shelter“ for dogs would be fined 100,000 EUR due to a series of irregularities under the Animal Protection and Welfare law. However, those who are violating the law are  unpunished as a direct result of corruption. In reality, all laws in Bosnia only exist in order to be broken.

Due to problems on the road, we didn’t arrive in Doboj until night time. The road from Doboj to Preslica was covered in thick fog and we were barely able to fight through the fog and darkness in order to reach these forgotten dogs. As soon as we arrived at the „shelter,“ the activists from Sarajevo fed the dogs found in cages.

This shelter is operated within the broader sports-recreation center in Presilica. The area where the „shelter“ is located also contains a nursing home.  In general, „shelters“ for dogs in Bosnia are located in waste depots because dogs are only seen as municipal waste. In Doboj, they take it a step further: far from town, in the middle of the forest, waiting for death are both the forgotten dogs and elderly people.

Furthermore, in conversation with activists from Doboj, we discovered that last week dog catchers captured 20 dogs in Doboj. The activists claim that they were immediately killed by local hunters. By the time the activists arrived at the „shelter“ in Presilica to check on the dogs, they found the hunters with guns drinking „rakia“ at the shelter, but not a trace of the caught dogs.

While dogs are massively being executed across „shelters“ in Bosnia, the Senior State Veterinary Inspector for Animal Welfare publicly admits that shelter inspections fall within the scope of her job, but she refuses to answer why she is not doing her job and conducting inspections of statewide dog shelters.

NOTE: Poor quality of pictures is due to the darkness, fog, and low quality of our camera – it is the only one that we have. 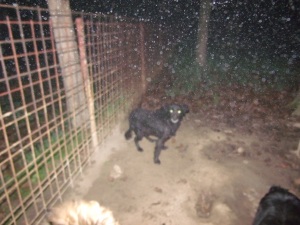 If you would like to help Journalists for Animals in their work in documenting what is happening for animals in Bosnia Herzegovina, or to assist in any particular rescue effort or case, please go to PAYPALand make a donation to:

One thought on “Bosnia: Corruption, Neglect, and Forgotten Dogs of Presilica „Shelter“”